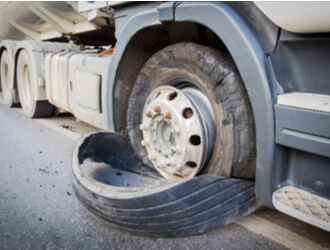 Commercial trucks are complex machines that require careful operation. Truck drivers, trucking companies, and others involved in the truck’s operation can make many mistakes that ultimately lead to a crash on the road. If you have been injured in a wreck, you need a dedicated Utah truck accident attorney who can investigate what happened, determine the cause, and fight for the compensation you deserve.

At Swenson & Shelley, we understand the causes of truck accidents in Utah, and our team is here to help you demand justice after a crash. Contact us today for a free review of your case.

Speeding or Driving Too Fast for Conditions

Speeding is probably the most common cause of truck accidents. Due to their size and weight, trucks do not slow down or maneuver as quickly as passenger vehicles can. Instead, drivers are expected to plan ahead for maneuvers like slowing down, stopping, and changing lanes. When a truck driver speeds, they leave themselves less time to react to situations on the road, like slowed or stopped traffic or a potential collision hazard.

Commercial trucks can cause crashes when they need to make wide turns on narrow city streets. An accident may occur when a truck driver swings their vehicle wide left before making a right turn, crashing into a vehicle in the left lane that the trucker didn’t notice. Or a trucker may cause an accident when they make a wide right turn into opposing traffic before straightening out into the correct lane. If the driver fails to notice oncoming traffic before turning, they may cause a head-on collision.

Truckers are expected to make sure that their cargo loads have been properly secured before setting off on a route. They’re supposed to check that the load is balanced (with weight evenly distributed and heavier items loaded toward the bottom) and is secured so it can’t shift during travel. When a load isn’t properly balanced or secured, a trucker can have trouble controlling the vehicle. Uneven or shifting weight balances can lead to a collision, a rollover accident, a jackknife crash, or an accident involving spilled cargo.

Truck drivers are required to work long hours each day, often spending as many as 14 hours on duty and 11 hours behind the wheel. As a result, truckers may become drowsy or fatigued while driving. The government has hours of service regulations to guard against fatigued driving. Sometimes, though, trucking companies may push their drivers to disregard those regulations so they can make more deliveries and more money.

Truck drivers often must meet strict delivery schedules. When truckers fall behind schedule because of mechanical issues, traffic, or weather, they may drive aggressively to try to make up time. Aggressive driving behaviors may include speeding, tailgating, or weaving in and out of traffic. Large commercial trucks aren’t as easy to maneuver as passenger cars and SUVs, however, so aggressive driving by a trucker greatly increases the risk of a collision with other vehicles.

Unfortunately, some drivers turn to alcohol, illicit drugs, prescriptions, or over-the-counter medication to help cope with the effects and stress of long days on the road. Intoxicated driving obviously poses a massive risk of an accident. Drivers who lawfully take prescription or over-the-counter medication still have a duty to understand how side effects may affect their driving.

Truck drivers have a complicated job due to the many tasks they need to perform while behind the wheel. They must operate the truck, respond to dispatches on the radio, and navigate the delivery route. But some truck drivers may engage in unnecessary and dangerous distractions, such as:

Even a distraction of only a few seconds can lead to a devastating crash.

Truck drivers typically need to get off the interstate or highway to take local roads to their delivery destination. But when truck drivers lack familiarity with the local roads near their destination, they may end up taking their truck onto streets that aren’t safe or suited for 18-wheelers. Or truck drivers may accidentally drive the wrong way down one-way streets or get their vehicle stuck under a low overpass.

Safely controlling a large commercial truck requires training and experience. Inexperienced drivers may lack the ability to safely operate their vehicle, particularly on local streets that have less room for large trucks.

Some truck accidents occur when a defect in a part used on the truck causes a mechanical failure. Some potentially defective parts include:

A sudden mechanical issue or failure may make a truck driver lose control of their vehicle and cause an accident or collision.

The design or condition of roadways can also lead to truck accidents. For example, poor road design can confuse motorists, including truck drivers, or unsafely obstruct a motorist’s view. Poor or no road maintenance can result in hazardous road surfaces, like broken pavement, potholes, or debris. These road issues can damage truck tires, axles, or drivetrains and lead to a crash.

How Our Attorneys Investigate Causes of Truck Crashes

At Swenson & Shelley, we know that truck crashes have many potential causes and that parties other than the truck driver may be responsible. As a result, we thoroughly investigate every truck accident case we take on, reviewing all available evidence to determine who and what caused the truck crash. Some examples of the types of evidence we may use include:

We leave no stone unturned in our investigations of 18-wheeler crashes. Our goal is to determine the cause of the crash and identify every possible source of compensation available to you.

Get a Free Consultation
Meet Our Team 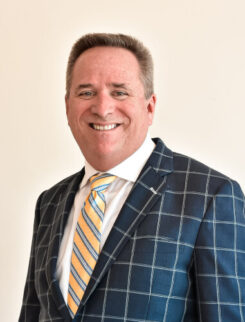 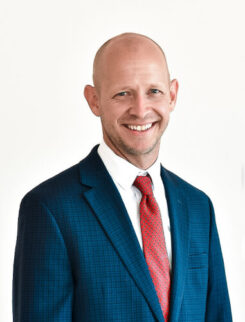 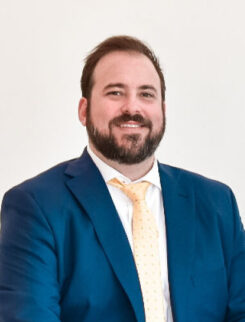 Results That Make a Difference
$2.2 M

My daughter was injured in a car accident in 2015 and we debated retaining an attorney for her. I read the AVVO reviews for Mr. Swenson and immediately called his office to set up a consultation. I was contacted quickly and treated very nicely and professionally by Mr. Swenson and Emily Richins. They have gone way above and beyond our expectations and have worked tirelessly for the last year to get my daughter a fair settlement for her injuries. I’ve had my calls and emails returned promptly and any questions I had were answered….even the dumb ones!! It was so nice to be able to hand all of this over to Kevin and Emily knowing they are experts in their field working their hardest to get my daughter everything she is entitled to. I cannot say enough good things about Kevin, Emily and Robert J. Debry and Associates. Would I hire them again? YES!! Would I recommend them to others? YES!!! Thanks for everything Kevin and Emily!!!

I was in a serious motorcycle accident and didn’t know what to do so my parents advised me to find an attorney. Swenson & Shelley was a great choice. The law team regularly kept me updated and settled my case in a timely matter. The other vehicle’s insurance company was trying to bully me around with the claim process and having a lawyer really eases the stress and anxiety of dealing with them. I would recommend Swenson & Shelley to anyone looking for a personal injury lawyer. 5 star service! I feel like this office has totally exceeded my expectations.

Last year my kid was involved in an auto pedestrian accident. During a parents worst nightmare, these guys made things as easy as could be. We were able to get our attention and focus on the more important things while Swenson and Shelley make sure things were taken care of on the backend. They were extremely responsive and very easy to get a hold of. They explained everything step-by-step until the very end. It was very comforting knowing that they had our back as we dealt with insurance and medical bills

Being injured in a truck crash can cause a lot of problems both physical and financial. The Utah Tru... GET YOUR FREE GUIDE

If you have been hurt in a truck wreck, contact Swenson & Shelley for a free, no-obligation consultation with an experienced Utah truck accident lawyer. If you choose us to take on your case, you won’t have to pay anything upfront. In fact, we don’t get paid unless we secure money for you. 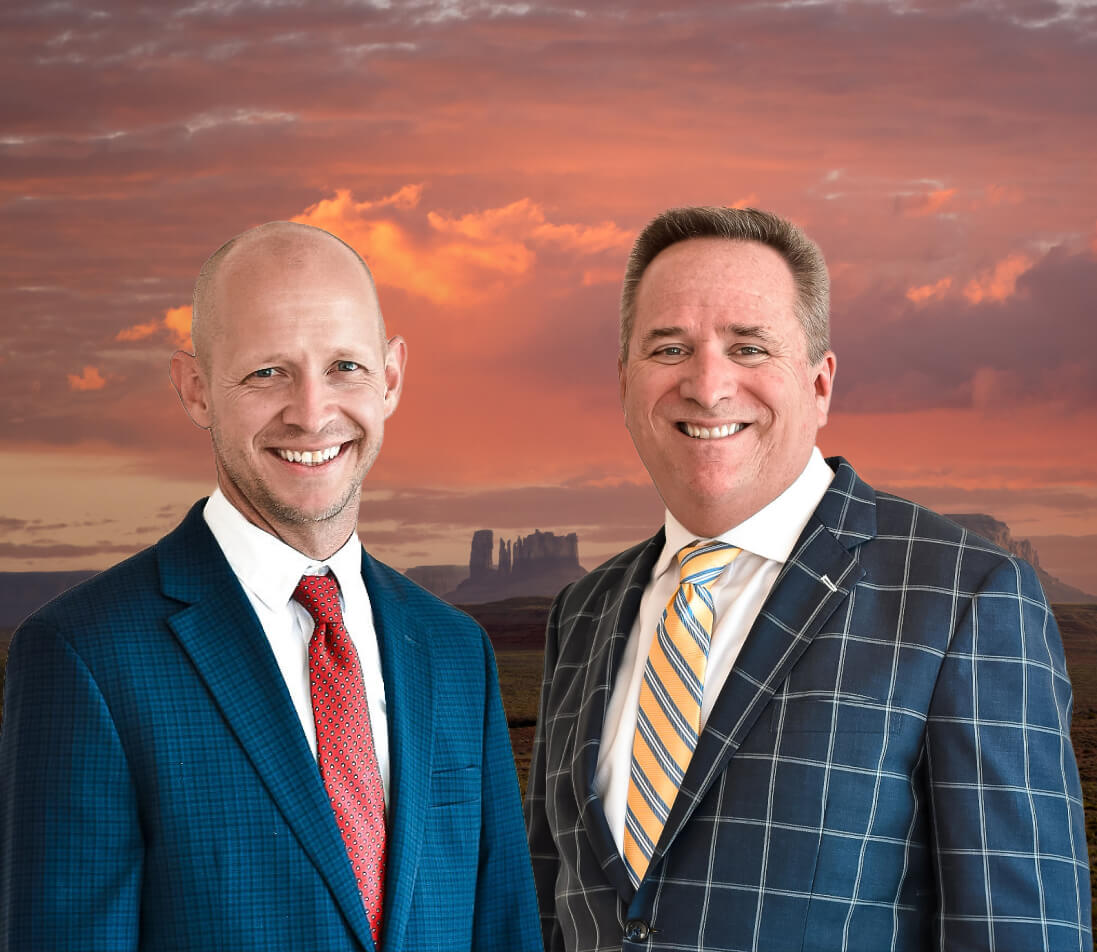