Know if You Have a Motorcycle Accident Case 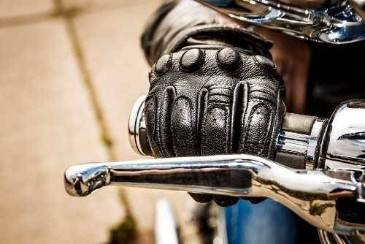 Do you not know if you have a motorcycle accident case? We can help you find out if you do. When you are hurt in an accident but you are not sure what you are entitled to, read on then call and set up a free initial consultation.

Forced Off the Road by Another Driver

If you’re on a motorcycle and somebody forces you off the road or puts you into a situation where they don’t actually hit you, but you still crash, you have a claim against their car. In the state of Utah, you’re required to have something more than just your word that says they forced you off; you need to have an eyewitness. You need to have some kind of proof that is more than just he said/she said. If you have that, you’re entitled to make a claim.

If you’ve been injured in the state of Utah in a motorcycle crash due to bad roads or poor maintenance of the roads, you may have a claim. They’re not easy claims. It’s hard to sue the government, but that can be done in the right case. There has to be fault on the government entity that’s responsible for that road, and it has to be brought in a much shorter period of time than a normal claim in the state of Utah. If you think that your injury was caused by bad roads or improper maintenance, talk to somebody about that relatively quickly.

Hurt as a Passenger

If you were injured as a passenger on a motorcycle in the state of Utah, you do have a claim. You could potentially have a claim against the motorcycle driver, and you could also have a claim against the other vehicle involved, if there is another vehicle involved. If you were involved in an accident as a passenger, we recommend that you go and seek medical care and get an understanding of what your injuries are and what you need to do to make a full and physical recover, and then seek the help of an attorney to get full and fair compensation from the insurance company.

If you want to know if you have a motorcycle accident case, please set up a free initial consultation with our injury lawyers today.

Kevin Swenson was raised in Bountiful, Utah, and is a co-founding partner of Swenson & Shelley. After graduating from Bountiful High School, Kevin attended business school at Westminster College.